We are currently on holiday here in Bialystok for Kath’s sisters wedding. I am really impressed with how much the cycling infrastructure has improved since I was last here. 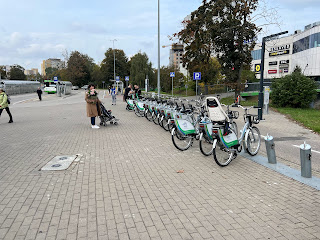 Bialystok is a small city but its been made good for active travel thanks to the large weirder streets and cycling provision. With Covid and other life things we haven’t been here for years, in which time there has been a lot of improvements. Bike hire and scooter hire is all over the city. Most impressively some of the hire bikes had seats for children so I could ride with Thom. They have also built out a lot of segregated cycle lanes including a nice one that follows the path of the river.

It’s not a panacea though as unfortunately there are draconian rules on crossing the streets as a pedestrian complete with on the spot fines for jaywalking. The light timing are also pretty poor, often you have to wait minutes in order to cross the streets. Fortunately unlike in Britain most of the crossings are straight over without the dog leg double beg button push. 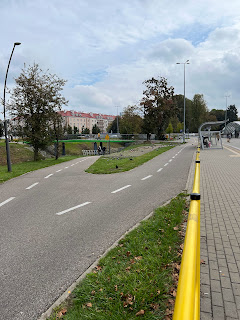 It’s working though we have both remarked how visible it is people cycling around the city. It’s common to see both young and old riders in the city centre. I also noticed that stand outside the shopping mall had a lot of bikes present (even though it was a terrible wheel bender stand they have them here too). Our rental apartment also has a lot of bikes parked up. This is quite a big change Kath remarked how she hadn’t seen so many older people cycling previously.
Noticeable too is that the bus infra has had improvements with new stands and large bendy busses. 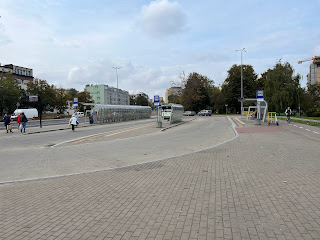 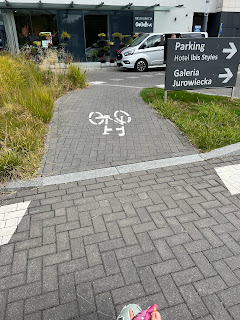 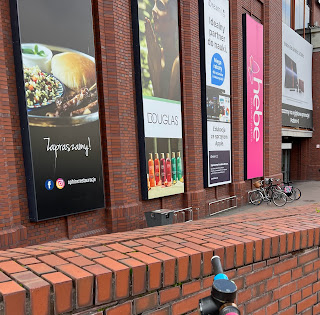 Posted by Cookiesworld at 8:58 am