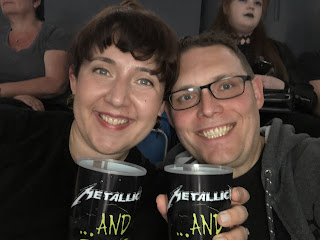 Kath and I got tickets to go and see Metallica at the Ethihad stadium in Manchester. I had been trying to see them a few years ago at the arena

The playlist was awesome a mixture of their latest album hardwired to self destruct along with some of their greatest hits. Finishing with an encore of Nothing else matters and enter sandman. 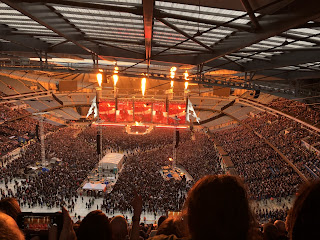 It was typical Manchester weather with the rain coming down but the band played on Lars hammering the drum knocking water into the air from the cymbals.


Our seats were the cheapest so we were right at the back of the stadium it felt at moments as if we were watching people watching a gig, but with he visual effect and the huge screens not to mention the excellent sound set up we mostly rocked out to the music.
Posted by Cookiesworld at 11:30 pm