Automobiles to the Grand Hotel

Thursday was Kaths birthday, she had been working all day doing the inductions for her new job in Leeds so rather than go out I picked up a sushi platter from Zumu Sushi in Wilmslow and a bottle of Champagne. it made for a great evening together. 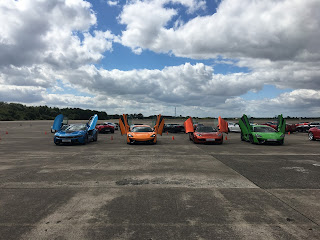 Friday Kath was working but I had the day off to go to a track day near York. Phil had bought them for Bruce and myself for our birthdays but it had taken a while to organise the date.

We all had a drive in two supercars, mine was a Ferrari F430 and a Porshe 911. We also got a high speed lap round the track driven by a racing driver.

The Car driving was fun, but with only a couple of laps it was hard to find a groove. I enjoyed the Ferrari more to drive but the Porshe I can imagine as more a practical car to own. Getting in and out of the Ferrari was a chore.

After the driving day we headed off to Wagamama at the designer outlet for lunch. I really enjoyed a Pad Thai and some gyoza. 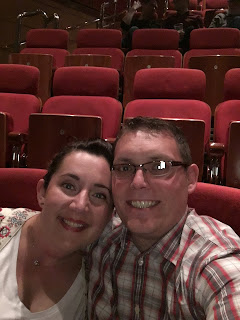 Saturday Kath and I headed to Birmingham. I got us tickets to see Regina Spektor at the Birmingham Symphony hall. It was the 4th time I had seen her. The first time in many years, and her style has changed somewhat. She has did a very professional set with backup musicians, a far cry to the night Phil and I saw her at the academy 3 in Manchester where she boasted about buying a chair for a pound on which tap out the beat to "poor little rich boy".

There was a very diverse group of people for the gig, very different to the recent performances we had attended. It was a great atmosphere though. Regina played a really nice mix of material from across her albums, even doing an encore of Sampson.

Kath and I really enjoyed the performance, we made a night of it dining at Carluccio's in the nearby canal side development. Packet with bars and restaurants it made for a very pleasant evening.

Posted by Cookiesworld at 1:15 pm