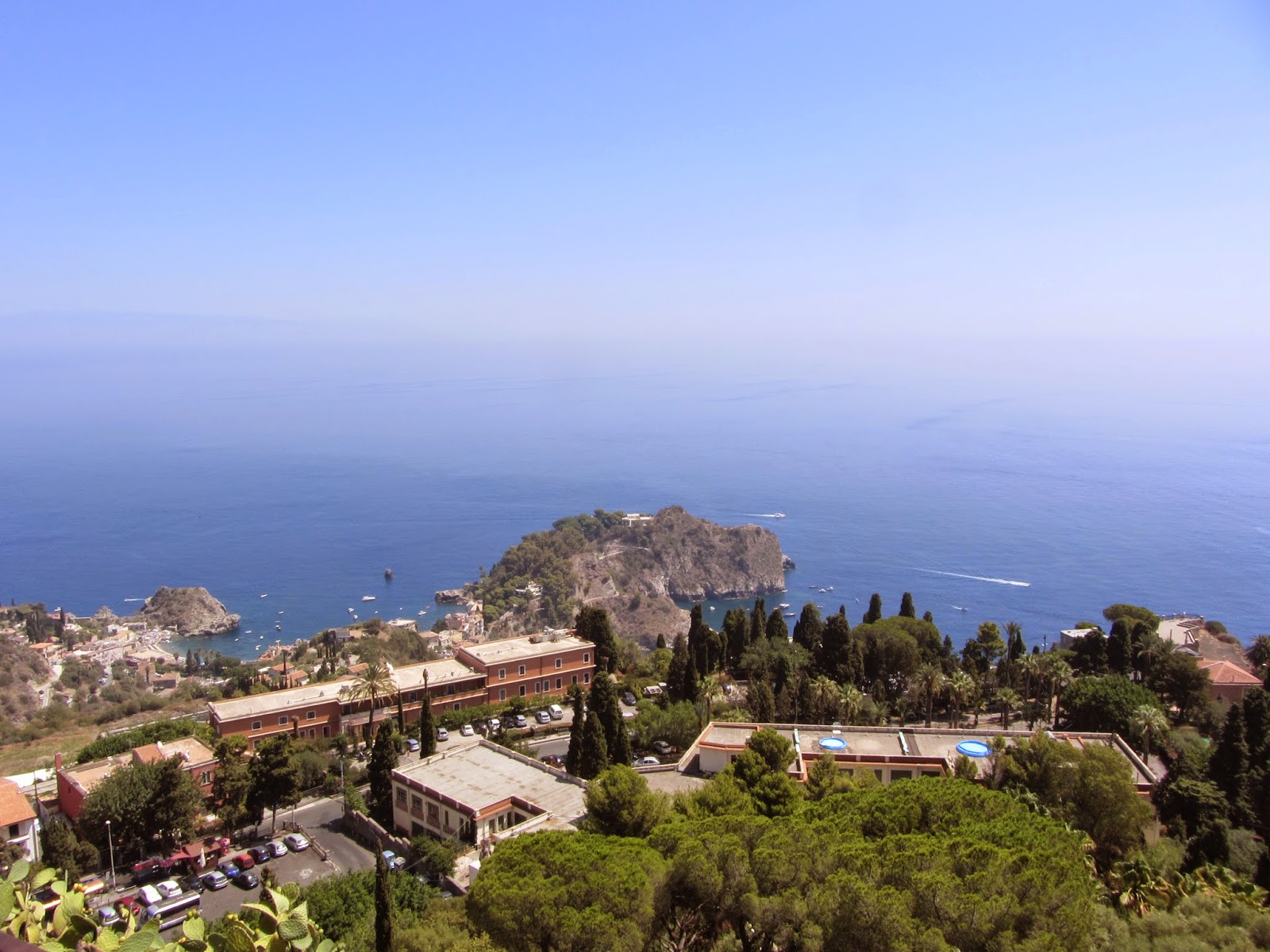 After braving Etna we decided to go and visit the Greek / Roman amphitheatre in Taormina. It was a slightly longer drive than to Catania, again taking us onto the autostrada.
This time I failed to understand the signs and ended up taking the wrong lane and missing picking up a ticket for the autostrada. That meant when exiting at the super busy Taormina exit I had a problem. At first I had visions of a huge fine, fortunately playing the dumb tourist paid off and after serval minutes talking via intercom we paid the 1.60 euro fare. 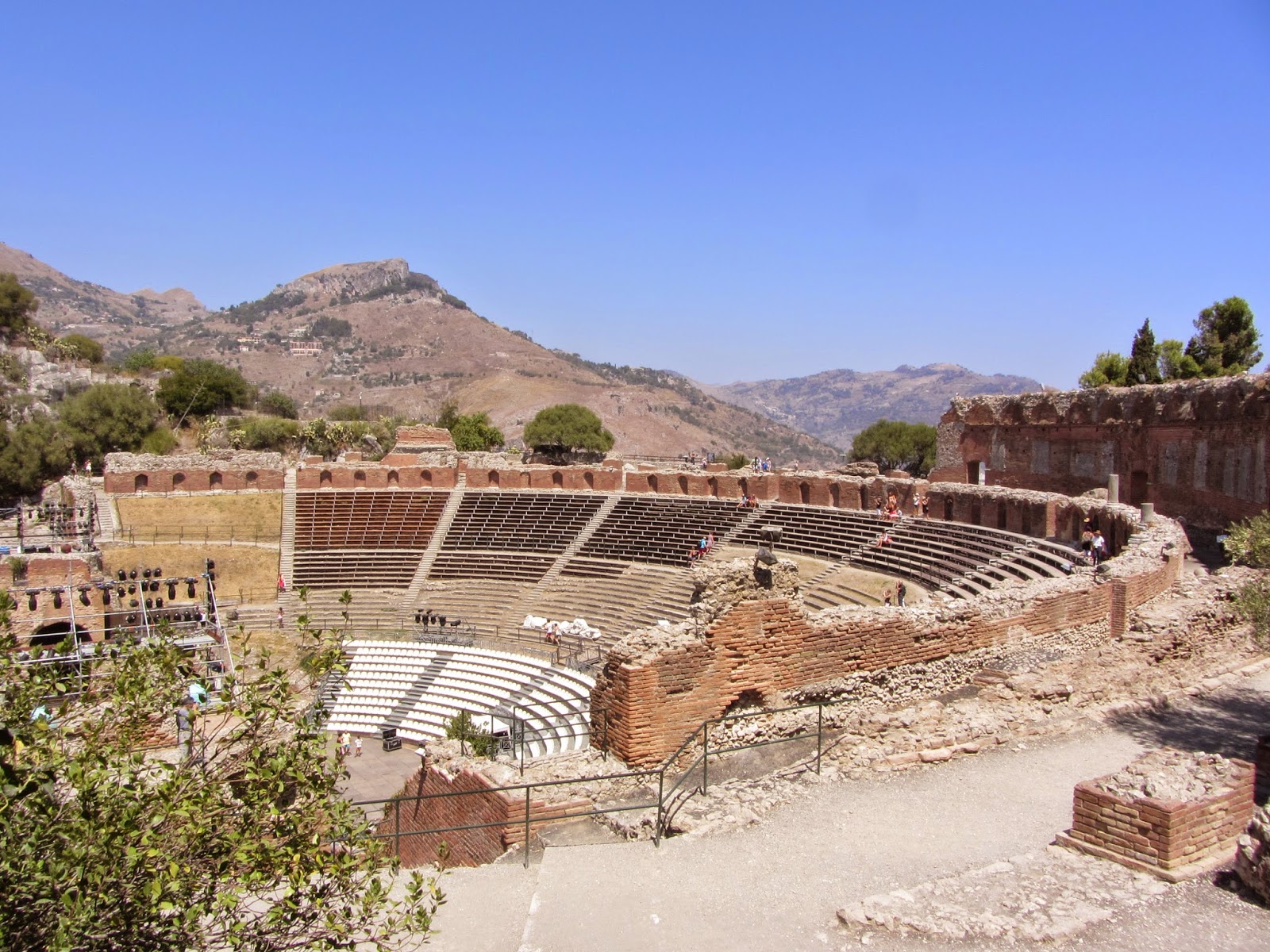 Making the mistake of setting the sat nav to search for the amphitheatre we drove into Taormina, around and up up up way into the hills on narrow steep and scary roads with nowhere to turn. After about 40 minutes driving up down round and through the pedestrian zone we gave up and parked, parking was a ruinous 3 euro per hour but after the ups and downs I would have paid any price to get out of the car. 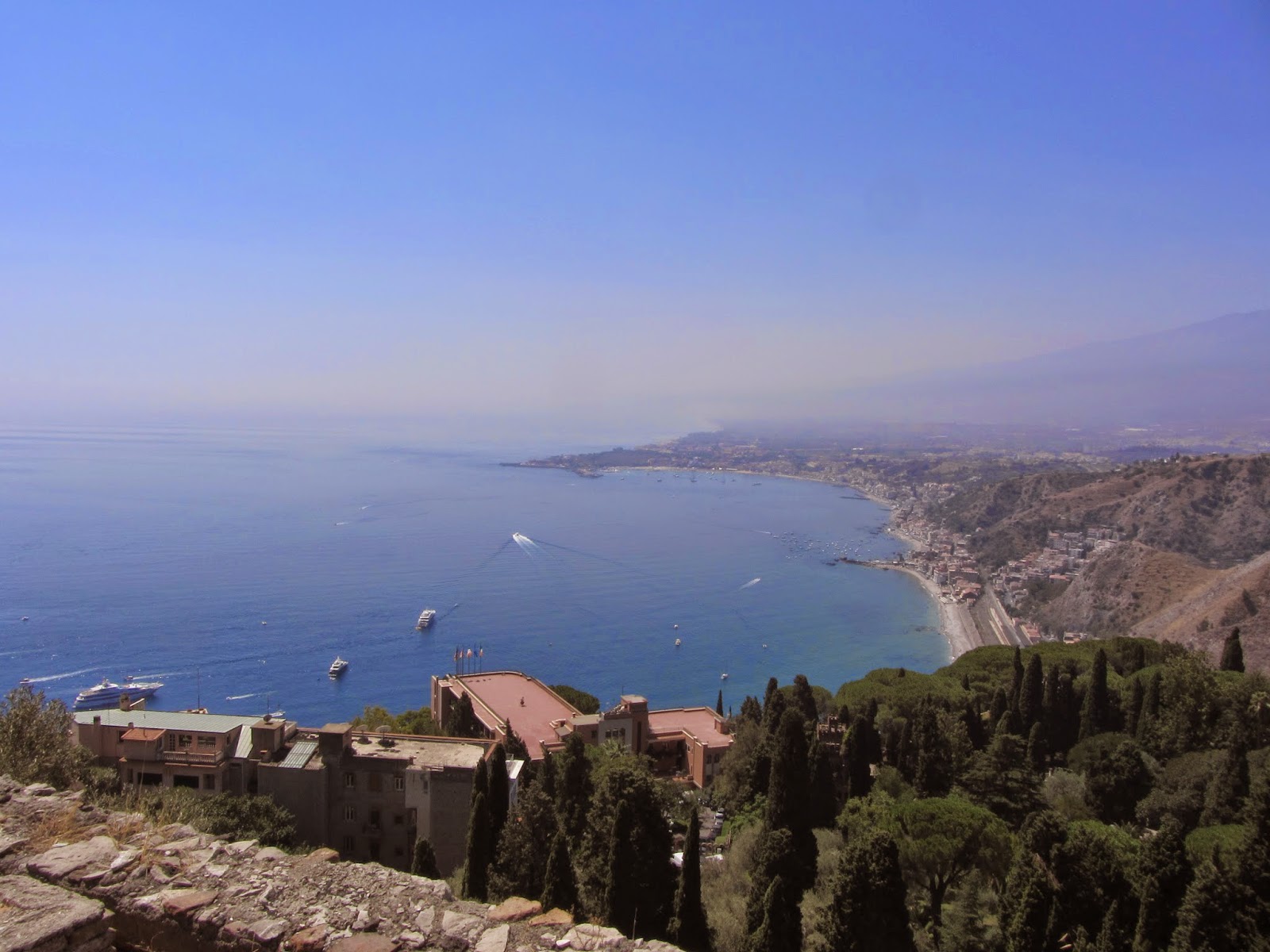 After a strong coffee, we found the the theatre is in the pedestrian part of town which we hadn't driven around. It was however worth all the effort, the views were spectacular, and the amphitheatre its self is incredible. Build by the Greeks then extended by the Romans perched with views over the Ionian coast. It must have been a thing of true wonder when it was build, they still do concerts there now, indeed they were setting up for an event. I think Philip would have been impressed.
After having a good look round and taking many pictures we headed back into Taormina for a wonder around the town. It is much more touristy than Acireale, indeed there were plenty of English tourists. We bought some souvenirs and had a walk. It is a picturesque and nice town but not so impressive as Dubrovnik was last year.
Posted by Cookiesworld at 1:30 pm