Woke up both feeling unwell, it was a struggle to get out of bed.

As I was putting on my shoes to leave the Ryokan the owner ran out exclaiming, "Do you have an umbrella?", "Nope" I responded. "Today is very rainy here have these" and handed us two umbrellas. What a really nice fellow.

As it was raining we appreciated Koiwa covered pavements. The walkways actually had roofs with complete lighting for the evening. I don't know how long something like that would last in Manchester. Its like the number of vending machines out on the street, they would be vandalised back home.

We headed first to Ginza. The art gallery and museums don't open on Monday so we decided to go and check out the shops. First stop was the Sony Building. The Sony building is part museum part showcase of the various offering of the Sony Corporation. From TV's too Stereos and Computers. As a self confessed geek this was very exciting to see. There was an amazing TV setup playing from blu-ray which looked amazing.

I bought myself a pair of noise cancelling headphones from the shop. Hopefully this will enable me to listen to music on the flight home over the drone of the engines.

Following the geek fest we walked around enjoying the cityscape eventually finding two large buildings with sky restaurants 42 in the Shoa, 46/47 in the Durai. We went up for a look at the view from both so got some magnificent views of the city. We decided to eat there but by the time we finished viewing it was already past 2 so they were closed. We made a reservation for later. 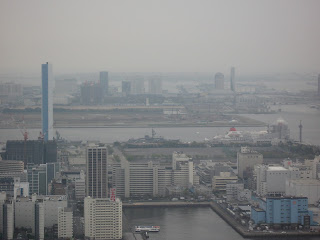 Ginza is one of the most expensive parts of Tokyo home to major brands, labels and upmarket stores. It is certainly an interesting place to walk around. Lots of clothes and accessories. I had borrowed a bag off Ian but the zipper broke so I treated myself to a man bag to carts my bits and pieces around int. It looks great in red leather. I was a bit worried it might make me seem camp but Kasia said it looked great. Kasia found a beautiful top in the sale but it was still close to £200 which on balance seemed a bit too much so we put it back. 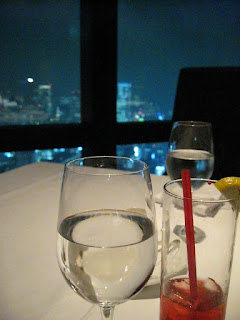 For dinner we went to the Oregon diner not he 41st floor, sat next to the window looking out across Tokyo eating grommet food life doesn't really get much better! 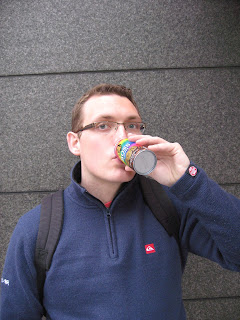 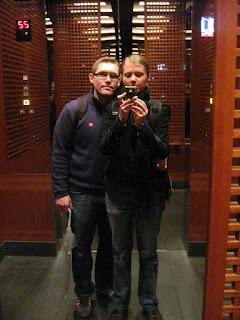 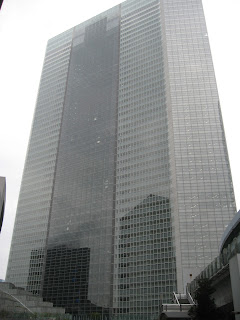 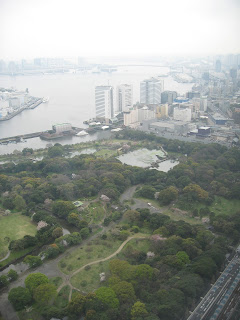 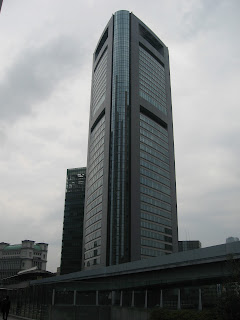 Posted by Cookiesworld at 10:00 pm