As George Lucas announces Star War will be re-released on Blue Ray I ask myself do I need another copy? As a child the star wars films were my favourite. I nearly wore out the original VHS copies, and when the special editions were released I bought the box set. Then when the DVD editions were released I bought them too. Since then the new films came out and have somewhat damaged my enthusiasm for the entire project. Given I hope to soon upgrade my home entertainment somewhat from the old Sony CRT TV of my parents to something a bit more modern getting a blue ray player is certainly on the agenda. I guess I will end up buying them in the end just to enjoy watching the X-wings fly around in High Definition.

I spoke to Martin in the week, Marks stag do clashes with Paul's party so unfortunately I wont be able to go. Its a real pig to miss it would have really enjoyed it. Especially as the wedding has moved meaning Kath and I wont be attending. I mentioned to Martin that we missed the Slayradio gathering, we went to the first one (that listeners attended)  in 2005, would like to go back there one day. 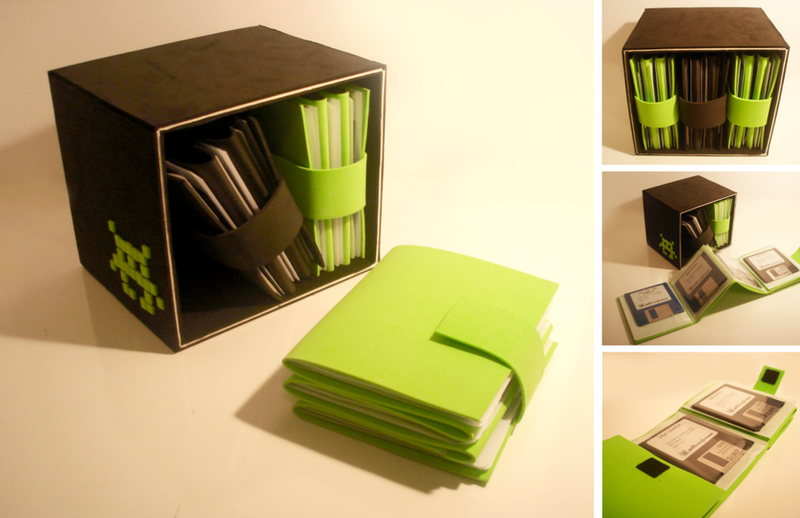 On a related retro note I saw this floppy disk holder on deviant art It is jus tthe job for holding all those retro games, I think its really nicely done
Posted by Cookiesworld at 11:05 am